Quercus ilex some times called Holm Oak, is an evergreen oak which is a native plant to the British Isles.  A glaucous green leaf that looks like a holly leaf adds unusual colour and shape to a hedge. Perfect for planting in exposed locations and will make a great shelter hedge in coastal areas as well.

Holm Oak (Quercus ilex) hedging is also known as Evergreen Oak or Holly Oak.  The evergreen grey green leaves change to a more dark green as they get older thus providing excellent privacy screening.  The shape and colour of the leaves can vary slightly between plants and also by the age of the leaves as well, with the youngest being the most silver and the oldest being the greenest.  It is a fast growing plant which in ideal conditions will form a very dense hedge very quickly.  Holm oak will respond to regular trimming well-becoming even more dense.  The new growth comes out in May-June and is covered with a tawny-beige or white indumentum (small hairs) which soon wears off.  If left to grow un-trimmed this will form a tree as majestic as the Common Oak to which it is related.  It can exhibit a large variation in the shape, texture and size of its leaves.

Holm Oak (Quercus ilex) hedging is suitable for growing in almost all areas and soil types apart from in the coldest inland areas and it is also tolerant of shade.  If grown in shade the leaves will be more green than grey-green.  It prefers a well-drained soil and is particularly useful for coastal planting.

Holm Oak was introduced into Britain in the 16th Century and was given an Award of Garden merit by the Royal horticultural Society in 1984. 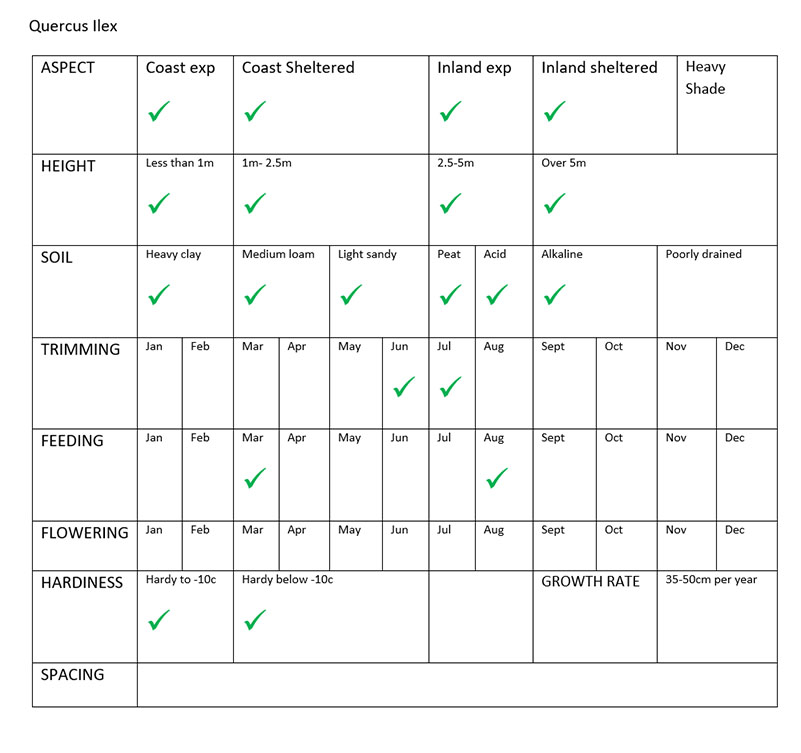 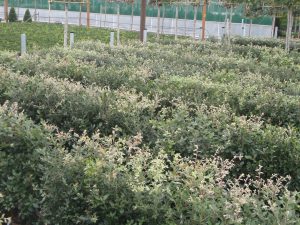 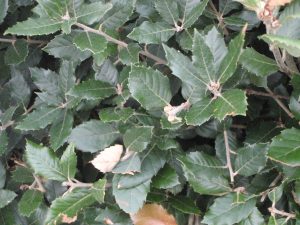