Prunus spinosa more commonly known as Blackthorn is a native plant of the United Kingdom and Northern Europe.

Prunus spinosa more commonly known as Blackthorn is a native plant of the United Kingdom and Northern Europe.  It is a deciduous shrub which if left to grow un trimmed will form a large multi stemmed shrub or small tree.  It responds to trimming very well and becomes denser the more it is trimmed.  It was traditionally used as a hedge for keeping animals enlosed due to its density and prickliness.  It can be seen growing in small clumps in older hedgerows across the country.  In the spring it has a simple white flower held in clusters on the bare stems and will even flower after being trimmed for many years.  The flowers appear before the leaves come out so it is a welcome blast of colour in the spring countryside.

The flowers are followed by a small plum like fruit with a deep blue to black colour.  This fruit is called a sloe and looks like a small damson or plum but has a very harsh and bitter taste to it. It is from the infusing of this fruit into Gin with plenty of sugar that Sloe Gin comes from.  The smaller the fruits the more flavour they impart into the gin. These fruits are not really ripe enough to be picked until October or at the earliest late September.

Prunus spinosa is found growing in the wild in some of the poorest soils where it will be a scrubby bush.  A great hedge for wildlife due to the excellent cover it provides as well as the early spring flowers for early insects and the fruit in the autumn. 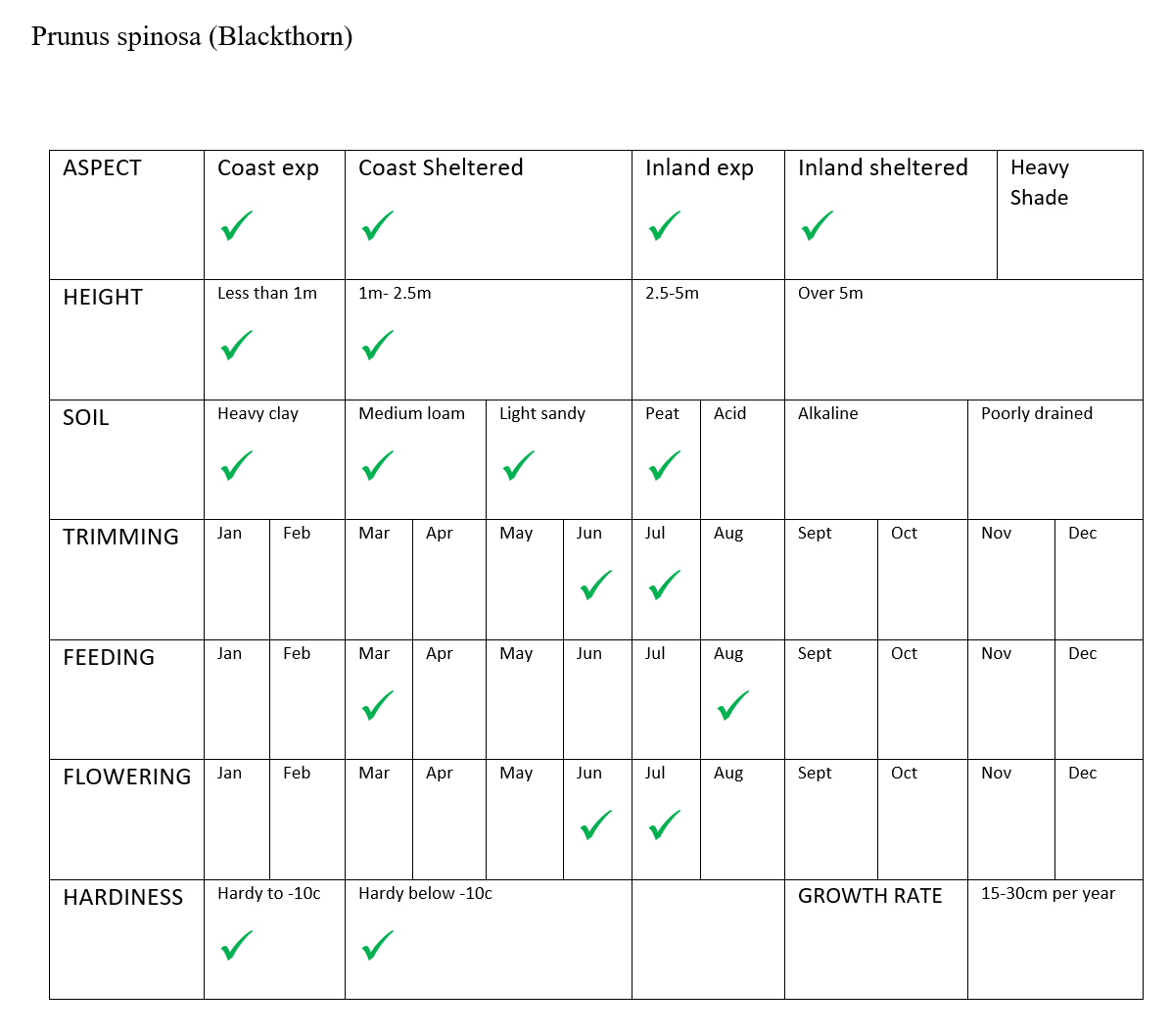