Prunus lus. Angustifolia aerial screening (also called Portugal Laurel) is a small leaved evergreen shrub, if trained carefully it can make a single stem that can then have the foliage trained along the top to form aerial screening. The leaves are smaller than the straight Prunus lusitanica and are a polished dark green colour set on to a reddish stem.

The leaves of Prunus lus. Angustifolia aerial screening are smaller than the leaves of straight Prunus lusitanica and are a polished dark green colour.  These attractive leaves are held on a reddish stem which does fade in colour as the plant becomes older.  If left un-trimmed it can produce a white candle like flower in the late spring which is then followed by small black berries.  If the plant is trimmed regularly, it will not flower or set fruit as they will be trimmed off.  If the plant does flower it is advisable to trim of the flower heads as they fade and before they set fruit as the fruit can stain decorative paving and decking if it falls from the tree when it is ripe.

It is happy being grown on shallow chalk soils where it is a good replacement for the Cherry Laurel in this situation.  It is also happy growing in heavy shade which makes it great for creating aerial screening when there are over hanging trees 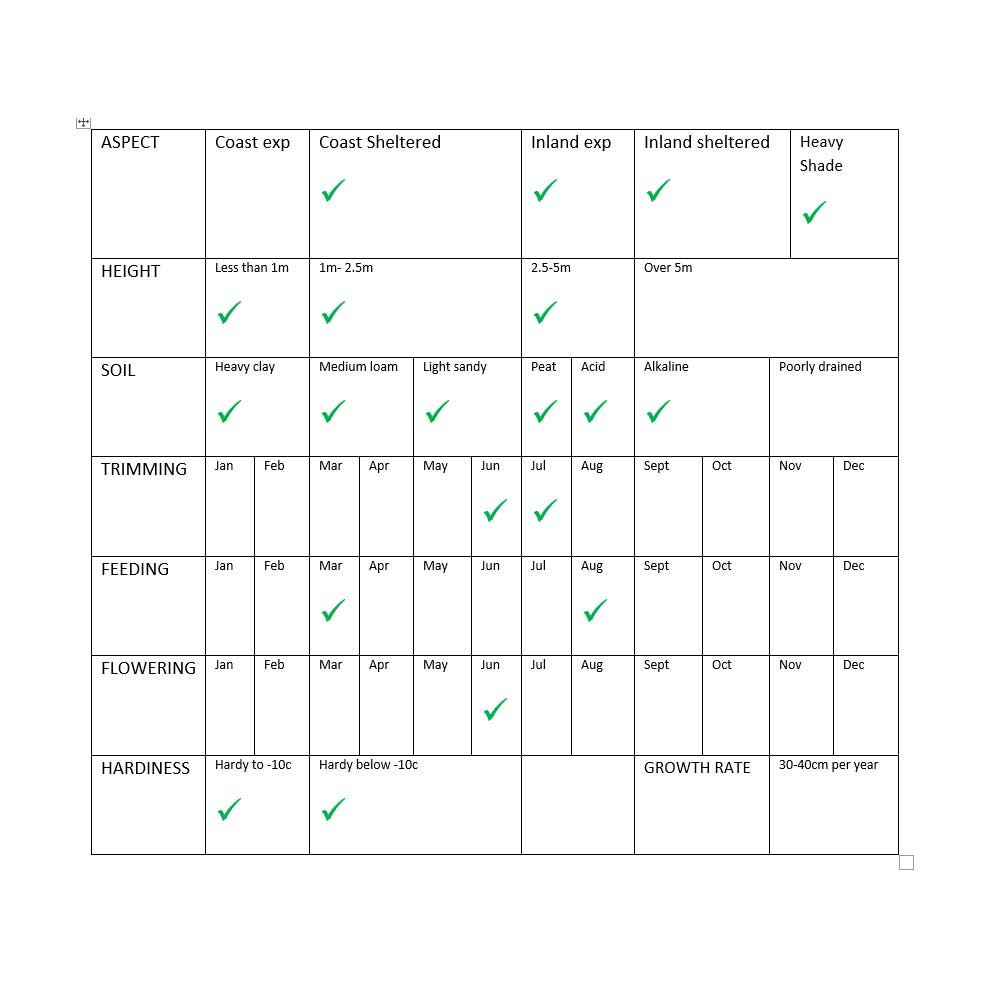