Photinia Red Robin has stunning red new growth in the spring that makes this one of the most colourful hedges available and with regular trimming during the summer months this bright foliage can go nearly although the growing season.

Photinia Red Robin Instant Hedge is an evergreen 'ready' hedge that has glorious red new growth which is as good as a Pieris (Forest Flame). The new growth fades down to green but as it fades if the plant is trimmed it will make the hedge thicken up and also send out another flush of red growth. The Photinia is a relatively fast-growing hedge but needs regular trimming to help it maintain its density and shape and leaf colour. If it is allowed to become a more natural untrimmed hedge it will produce some creamy white flowers that make it a focal privacy screening solution in your garden.  The lovely red new foliage can last for up to 4 months if the conditions are perfect for the plant.

As Photinia Red Robin Instant Hedge has large leaves it makes an excellent screening plant but also a great soundproofing plant as it catches the sound within its leaves and traps it. It is also good at removing dust and other particles in the air.

Photinia Red Robin is lime tolerant so will grow nearly anywhere in the United Kingdom. 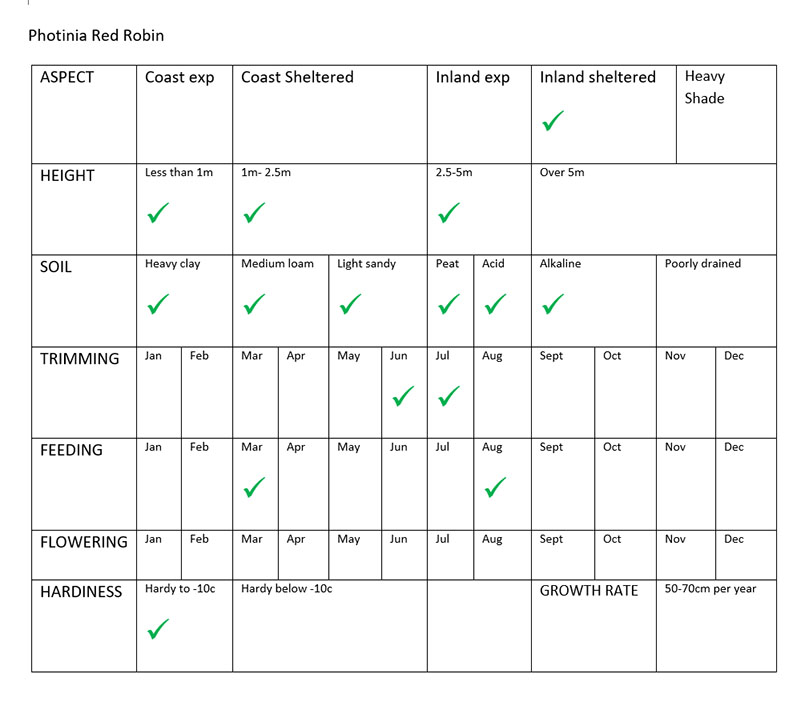 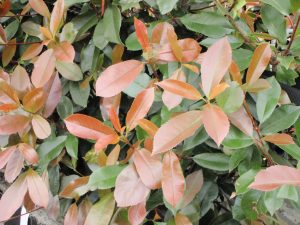