Osmanthus burkwoodii is a small leaved evergreen with white highly fragrant flowers, Osmanthus can be grown as either a low border edging or a medium sized boundary hedge.  The dark green leaves are an excellent back drop to more ornamental plants as well.

Osmanthus burkwoodii Instant Hedging is a small leaved dark green evergreen instant hedge. With regular trimming it will form an amazingly dense plant that is an equal to Box for a low instant privacy hedge. It is a slow-growing plant that will eventually reach just over 2 metres in height. If left slightly untrimmed they will produce a mass of white highly fragrant flowers in April and May, but with regular trimming it will not flower as well.

While Osmanthus burkwoodii Instant Hedging has not been used much in the past for hedging it is starting to gain in popularity due to the intensity of the green in the leaves, the flowers and the size and density of foliage which is making it an impressive Box substitute. It can also be trimmed into topiary shapes with balls being the most common.

Osmathus burkwoodii is a hybrid of two different Osmanthus species that originate from China and western Asia and are both very hardy and have highly fragrant white flowers.  It was found on a nursery in Kingston on Thames about 1930. 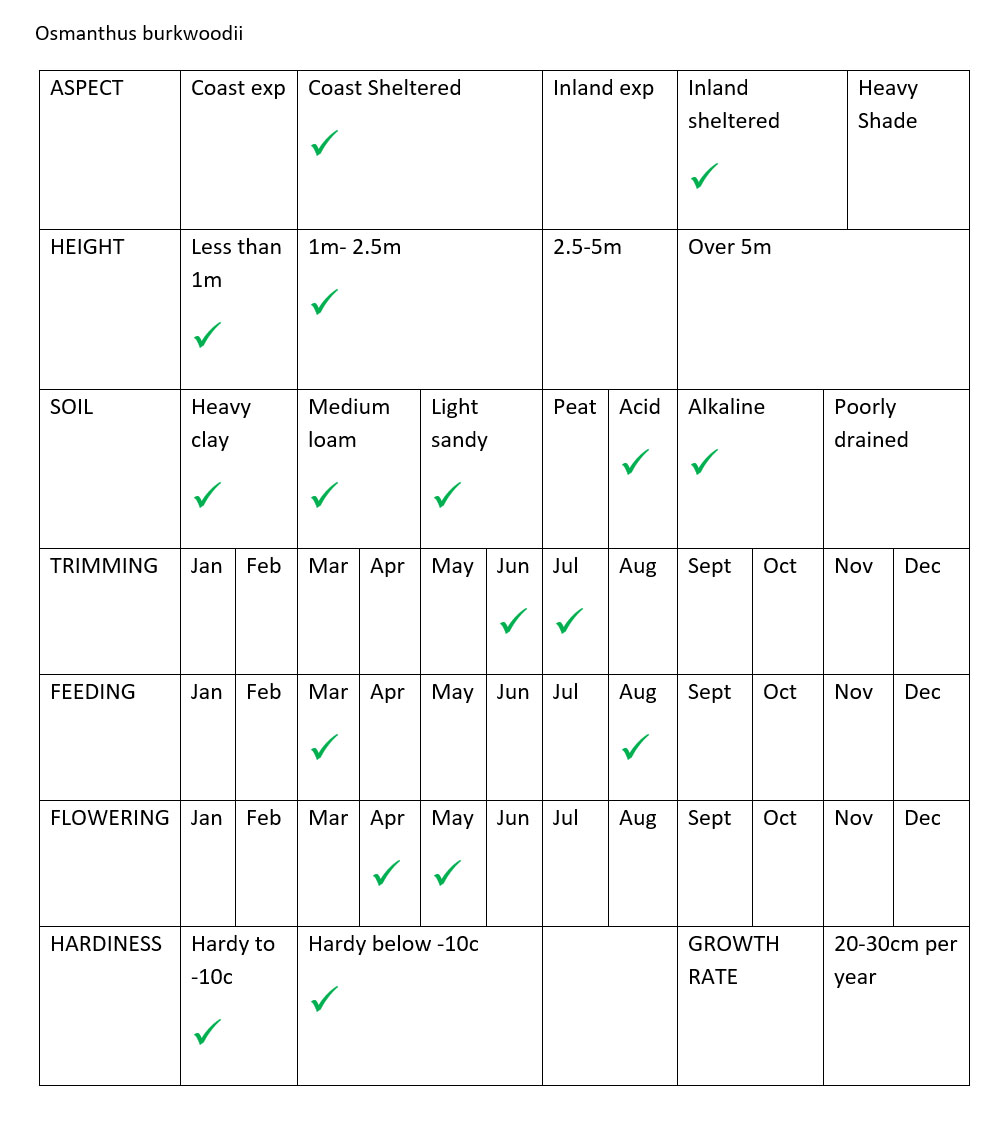