Nandina dom. Obsessed is commonly called Sacred Bamboo, this forms a low hedge with amazing red new growth.  A little less formal than some of the other hedging, we sell it is a stunning and unique product.

Nandina dom. Obsessed is a form of “Sacred bamboo”.  Even though it has bamboo in its common name it is not a Bamboo at all and is more closely related to the barberries (Berberis).  The parent plants were discovered in China and Japan and were introduced to the United Kingdom around 1804.  Like the straight species this form of Nandina domestica prefers a good, moist soil in a warm sheltered position sheltered from the wind.  With these conditions, it will survive in all but the coldest garden.

Nandina dom. ‘Obsessed’ is a selected form of the sacred bamboo and was selected for the amazing deep red new growth that comes on the plant in the spring and after trimming.  It is also more compact and denser than the plant it is derived from.

This is best suited for a low hedge up to a maximum of 100cm but probably a bit lower.  We love it for the stunning deep red of its new growth that makes it stand out on the nursery. 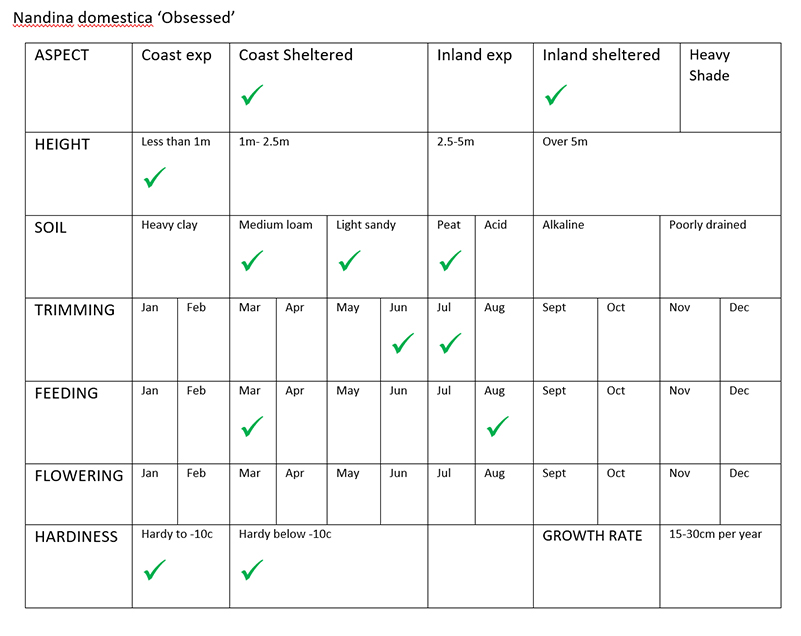 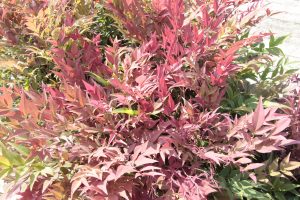