Fagus sylvatica aerial screen, is a native plant to the British isles. If left to grow it forms a stunning and impressive tree that can be 100 foot tall and the same in width.  As aerial screening it can be kept at a variety of sizes while retaining its impressive looks.

Fagus sylvatica aerial screen, also known as Green Beech aerial screen, is formed from a plant that is native to the British isles. If left to grow Fagus sylvatica can form a stunning and impressive tree that can be 100 foot tall and the same in width.  As aerial screening it can be kept at a variety of sizes but is still as impressive and beautiful.  The leaves are green during the spring and summer and turn to a beautiful burnished copper during the winter. The young beech leaves in spring have been described as one of the most beautiful objects in nature.

Fagus sylvatica aerial screening is unusual in that it holds on to its dead leaves on the branches over the winter until they are pushed off by the new leaves coming though in the spring, although as aerial screening it might lose its leaves sooner due to increased wind speed.  With the aerial screening you get to appreciate the texture of the beech tree stem with its smooth grey stem.

As long as you avoid heavy clay soil and very wet soil, Fagus sylvatica will grow in a wide range of soil types, but is particularly suitable for chalky soils and shallow soils over Limestone.

Green Beech is a classic Hedging plant and has been planted for Centuries in formal gardens and in gardens that need a finely clipped hedge, this is a superb hedging plant that should find a place in every garden and planting scheme.

Green beech got an Award of Garden merit from the Royal Horticultural Society in 1984.

We offer Fagus sylvatica aerial screen with a 20cm, 150cm or 180cm clear stem and a panel size of 150cm x 150cm due to the speed at which the panels fill out this is only grown in low numbers. 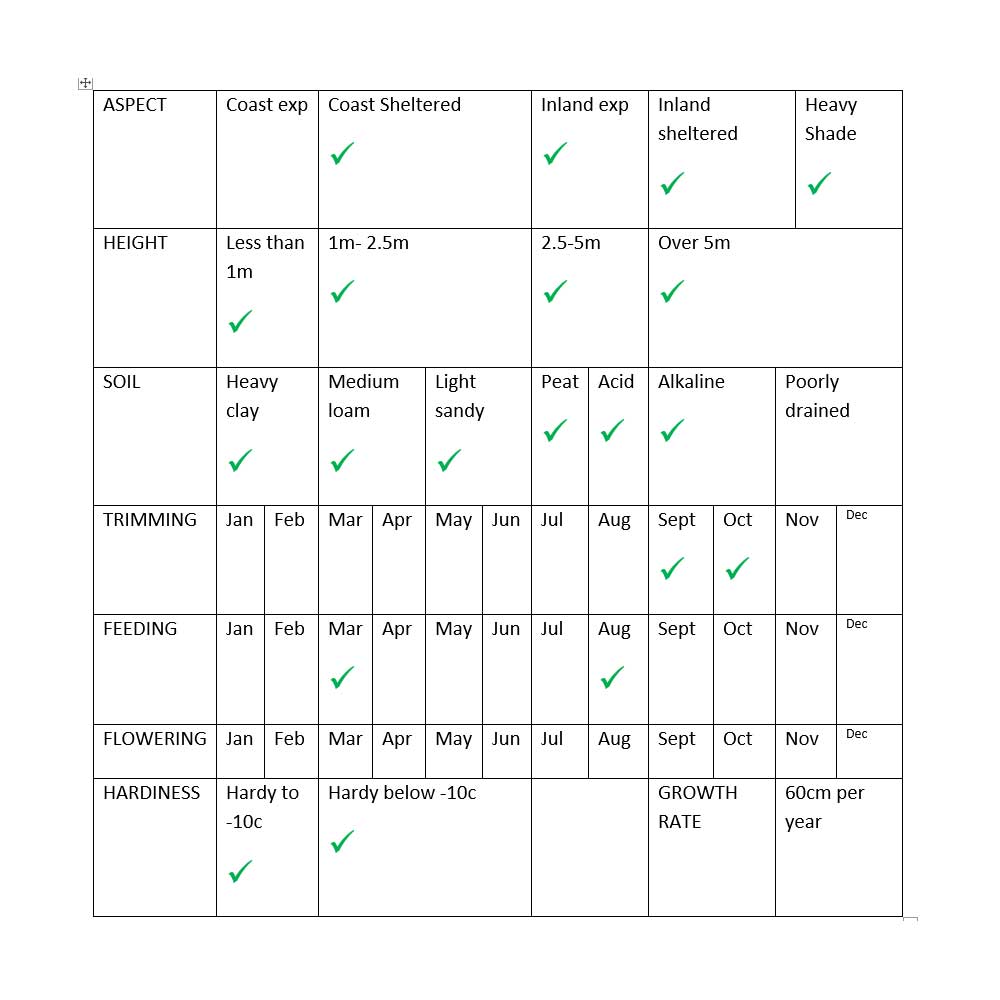