Crataegus monogyna trough hedging is also known as Hawthorn, Quick Thorn or May.  It is the back bone of the field hedges that run across the British Isles.  A good general purpose hedge that looks superb with regular trimming and it also makes an excellent security hedge.

Crataegus monogyna trough hedge which is also known as thorn, quick thorn or May, is a British native plant. It has been used for many years as a field boundary hedge sometimes with other species interplanted. It is a thorny plant with rigid thorns on the stems making it a great plant for planting where security is needed. This hedge can be either trimmed regularly to make it thicken up or it can also be 'laid' using the traditional hedging techniques to make a really dense and secure hedge and perfect for keeping animals in or out. When trimmed regularly (a couple of times a year) Hawthorn can make a very attractive and dense garden hedge but with the regular trimming you will lose some of the flowers and fruit.

Crataegus monogyna trough hedge is very adaptable and easy to grow.  it will tolerate very dry or moist soil as well as the extremes of coastal exposure or the pollution of industrial and built up areas, where it will help to reduce pollution levels.

Crataegus monogyna trough hedge can be covered with white fragrant flowers in May and if not trimmed these are followed by red 'Haws' in the autumn which give the plant its common name. These Haws are a much needed food for birds during the late autumn and winter. 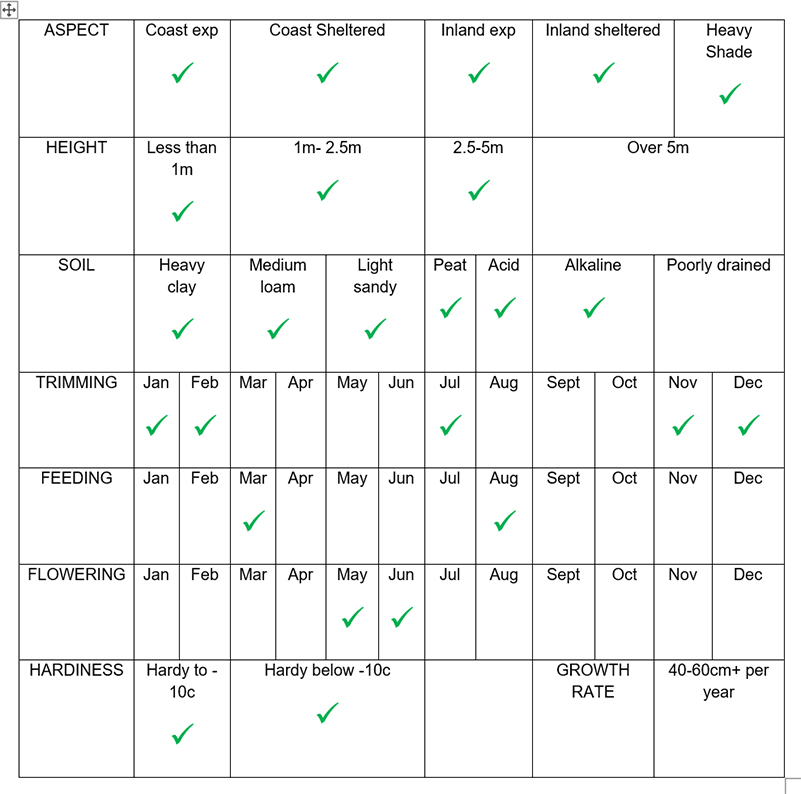