Discover the History Behind Hedgerows 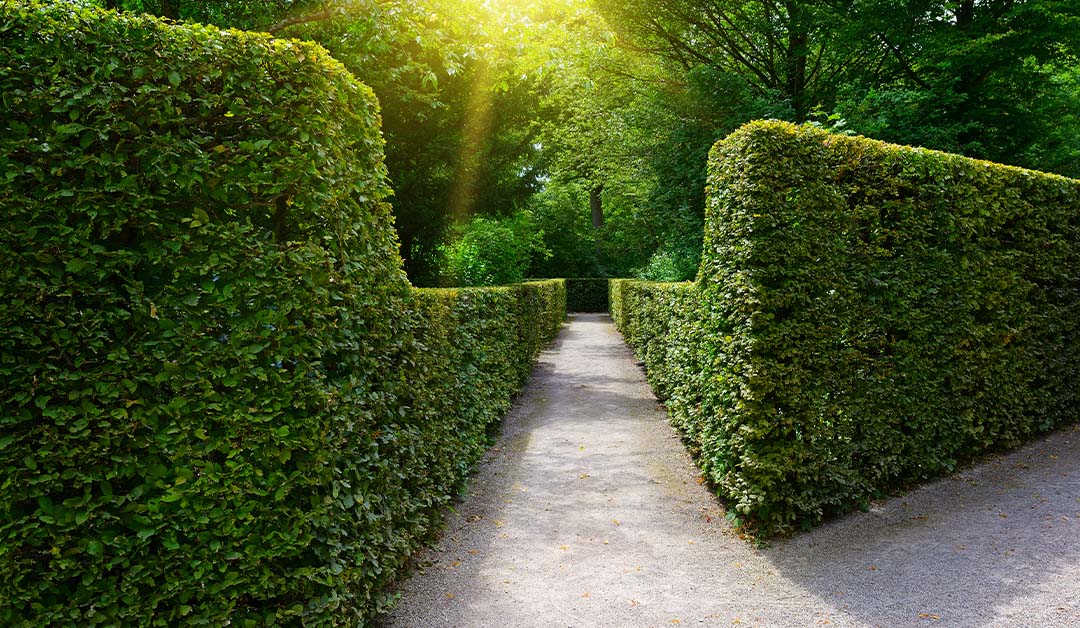 The hedgerows of the UK have become iconic in their own right, but few are familiar with the history behind the hedgerows. The history of our hedgerows reflects agricultural developments, invasions, riots, and even vast political change. Their history is intertwined with ours in a way that few can truly appreciate. Read on to find out more!

In the earliest stages of field creation, there was space that was carved out through processes of clearing land. It is commonly thought that the strips of woodland which are left around the perimeter of such fields are some of the first ever forms of hedgerows.

The stone walls which contributed to the base of the boundaries for Bronze Age field systems can still be seen in parts of Devon today. It is likely that these were structures were earthed up and vegetated to form hedgerows, and were most likely built upon earlier pre-existing earthen bank boundaries.

Celtic fields can still be seen in our countryside that remain from the Iron Age too, usually visible in aerial photography.

During the Saxon period there was a marked shift away from field boundaries of previous agricultural systems. They used an infield/outfield system that meant while one larger ‘infield’ was being cropped, everything outside of that was being used in a far less intensive manner, mainly for grazing. This meant that because they had only one central enclosed ‘field,’ having numerous hedgerows no longer became necessary.

The Norman era saw a continuation of this open field system, in which Lords would be granted tenure on land and Serfs would work the open fields. Again, this system would not require the implementation of hedgerows as we know them.

By the 12th century it was required by law to maintain a perimeter boundary that included hedgerows (created using woodland) to prevent forestry game from straying onto assarted (converted to arable) land. However, in the 13th century the Lords of the country were given the power to enclose common grazing land, so long as commoners had enough for their individual needs; it didn’t quite work out that way for the commoners. What followed was a period of enclosure through the use of hedgerows, which was a welcome addition to the growing network of hedgerows, but not so great for the commoners!

During the Tudor period of history, land then became enclosed through the use of force. This led to a period of revolt among the peasants whom this deeply affected, with the 1607 Midland Revolt leading to thousands of disenfranchised people pulling down hedgerows.

As the country moved into the 17th, 18th and 19th centuries, mass hedge planting led to a rapid increase in the length and number of hedgerows across the country, peaking from 1750 to 1820. The hedges that were planted during this period were largely single species hedgerows, such as hawthorn, many of which are still around today.

During the 18th century in particular, hedges still remained planted using the bank and ditch system. Then in the 19th century, when it became more popular to plant on flat surfaces as it was cheaper and quicker, 200,000 new miles of hedgerow were planted. By the end of this enclosure era, there were thought to be at least 1 million kilometres of hedgerow!

Mass hedgerow removal took place in the years following the Second World War. A 1947 Agriculture Act financially rewarded British farmers for removing hedgerows in an effort to achieve greater food independence. The statistics here speak for themselves; a 1950 assessment conducted by the Forestry Commission came to include that we had at least 1 million km of hedgerow in the entire country, but by 2007 this was drastically reduced to 477,000km, a 52% loss!

The loss of hedgerows stabilised towards the end of the 20th century. The 1997 Hedgerows Regulations Act thankfully offered hedges far greater protection, making it a punishable offence to remove most hedgerows around the country without permission. Total hedgerow length began to increase in some areas because farmers began re-planting the previously lost hedging.

During the 20th century there were vast changes in hedgerow management. The introduction of mechanised trimming made it possible to cut all the hedges on any given farm every single year. This consequently reduces the number of total hedges that are laid or managed on a regular life cycle. There has been a detrimental impact on the health of those remaining hedgerows, which are unable to tolerate the consistent trimming regime without a slow deterioration in quality and health.

Readyhedge are a responsible and ethical nursery, situated in the south of Worcestershire. We specialise in growing instant hedging in metre-long lengths, available in either Readyhedge bags or Readyhedge troughs. The heights of our hedges range from 30cm tall up to 200cm tall.

If you want more information about who we are, what we do and how we can help you grow the most beautiful of hedges, then take a look at our website www.readyhedgeltd.com or give us a call on 01386 750 585 for any advice you may need – we’d be happy to help!